The PTR welcomed another build today with an update, though sadly there’s still no BRD Pet Dungeon in sight, or its rewards.

We did get to see some fleshing out of a few pets coming in 8.3.

All of the raid pets officially have the bosses they’ll drop from in the Ny’alotha raid!

This pet will drop from Tek’ris, which is a boss in the fifth encounter and part of The Hivemind along with Ka’zir.


This lovely floating eye of an Old God drops from the Old God of the moment himself: N’Zoth the Corruptor.


This personal-sized obsidian statue will be dropping from Maut, second boss in the encounter.


Not only do we now know this little Anubis will drop from Ra-den the Despoiled, ninth boss in the encounter, but he’s also gotten a bit of a model update. Meet the new model: Now with 67% more swirly void! 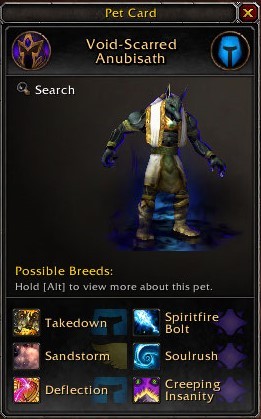 Along those lines, all of the Void-Scarred pets have seen a model tweak. They now sit comfortably between the incredibly void model from the first build, and the void-light of the last build. No telling if this version will stay, but I have to say it’s an improvement on the other two. 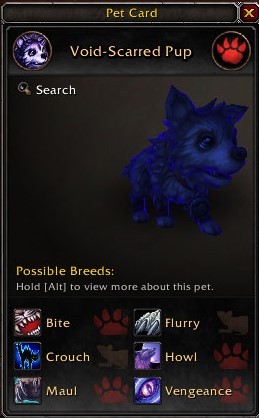 C’Thuffer’s lines look more well-defined, and a little sharper, but it’s a stark reminder that we might need a boar model update sometime soon.

We’ve also gotten an update on some of the pet abilities: 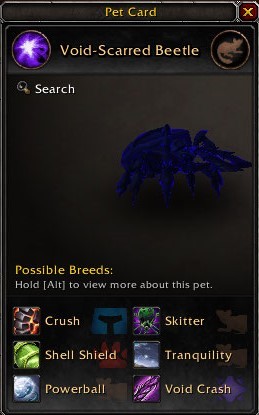 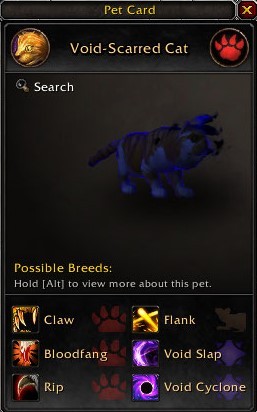 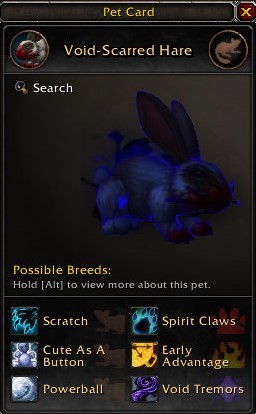 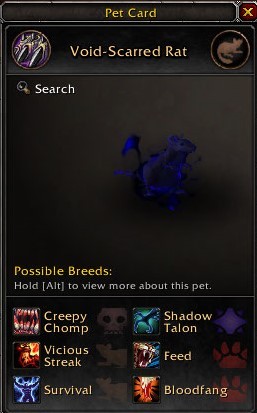 As of right now, it looks like the ability we talked about in the last post—Void Nova—has been dropped from the abilities. We may see it at a later date on a different pet, or they may have just axed the ability altogether.
However, there are two new ones: Void Slap & Void Tremors 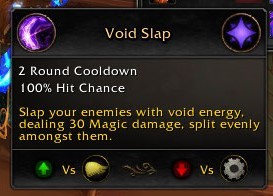 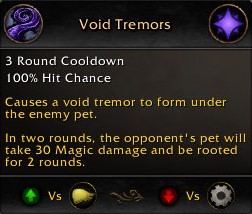 Void Slap may be the replacement for Void Nova, though there’s no way to tell. The abilities do differ in how they distribute AoE damage.

That’s all for now! We’ll keep scouring each build for more pet updates, and until next time: Happy Battling!